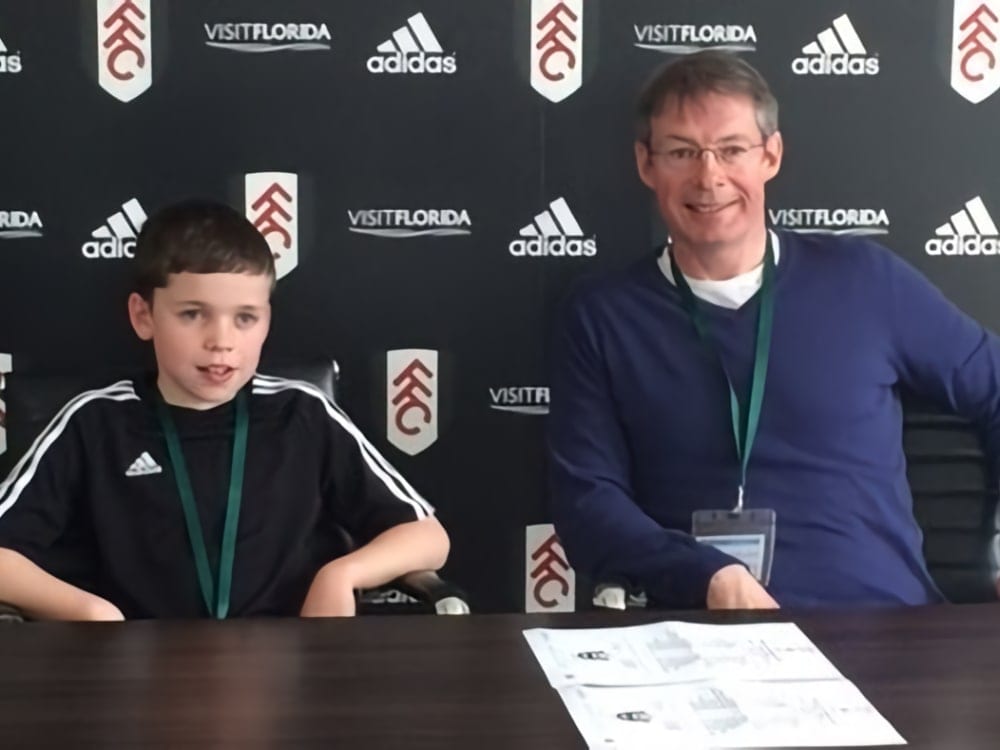 Qualco UK gave football fans an exclusive opportunity to spend the day with Fulham FC players, including hospitality tickets to one of the final matches of the 2015/2016 Championship season.

In a ‘spot the player’-style competition the prize winners had to identify Fulham FC captain Ross McCormack. Fulham FC fan Michael Condon from Whetstone and managing director of BPO Collections, Graham Rankin won four hospitality tickets that were up for grabs for the Fulham FC v MK Dons fixture and private access to a players’ training day at Motspur Park.

As part of Qualco’s corporate social responsibility (CSR) programme, it utilised its sponsorship of Fulham FC in order to promote the competition and facilitate the prize. For the training day, Michael Condon was accompanied by his son (pictured) – also a Fulham FC fan – where they were delighted to personally meet the first team players and collect their signatures, plus have lunch in the players’ canteen afterwards. The Fulham FC v MK Dons match came at a critical point during the season where both teams were fighting for survival in the Championship. A 2-1 victory for Fulham FC put a four-point gap between themselves and MK Dons, virtually guaranteeing their spot in the Championship for the 2016/2017 season.

Helen Mortimer, Head of HR for Qualco said, “CSR is integral within our approach and we were pleased to utilise our position as Official Club Partner to give something back to Fulham FC fans. We look forward to working with various local communities in the UK over the coming months, including our initiative at the Aegon Classic in Birmingham, in June.”