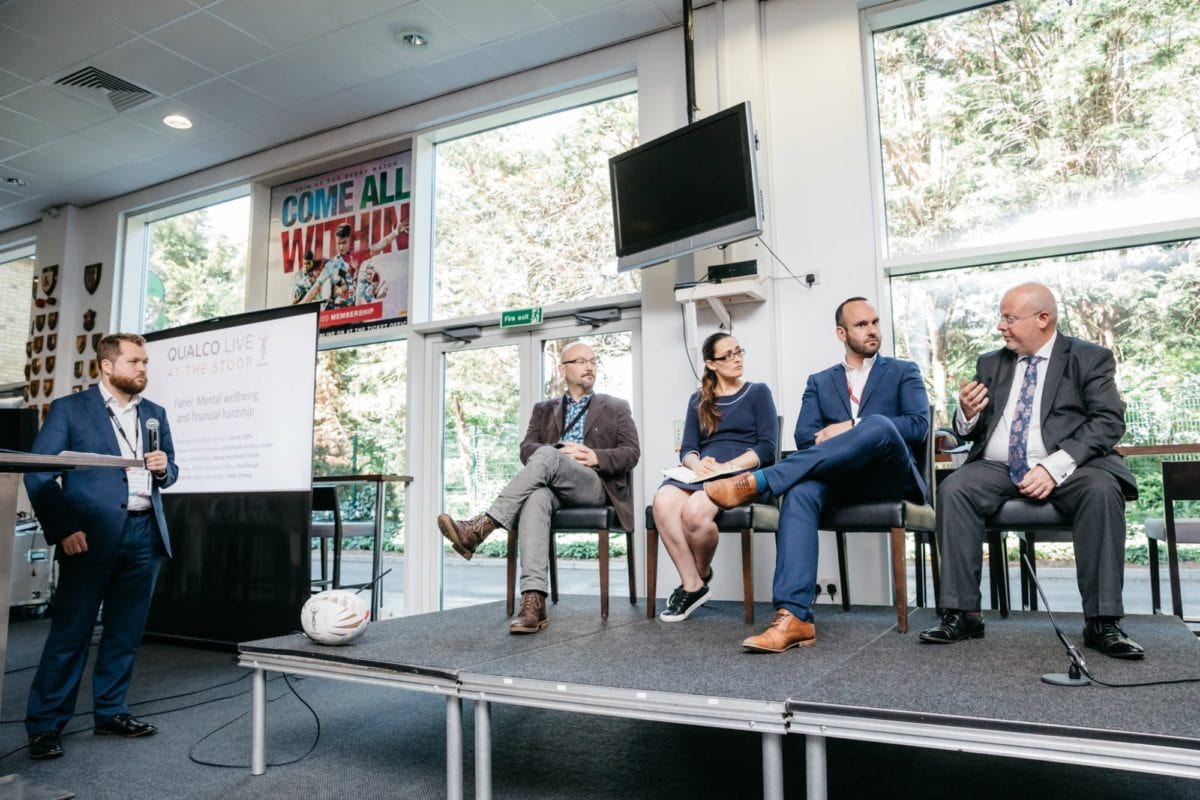 Funding charitable advice services for vulnerable customers and those with mental health issues is good business sense, as well as the right thing to do.

That was the message from panellists in the second session of this year’s Qualco Live at The Stoop event at the Harlequins stadium on 6 June.

Steve Coppard, deputy director of the Cabinet Office, explained that businesses have started to recognise that funding industry debt advice services has a direct impact on the financial returns they see from problem customers.

“The industry funds the advice sector. They don’t do this out of the goodness of their hearts,” he explained. “They do it because it maximises the amount of debt that won’t be written off.

Mr Coppard explained that while those in difficulty find advice services invaluable, businesses, too, see a marked improvement on repayments from problem customers once they have received debt advice.

Katie Evans, head of policy at Money and Mental Health, said she has been “really surprised” at how keen creditors are to talk about mental health and vulnerable customers, but said that all creditors need to understand that they have a duty of care.

“When we say treating customers fairly, we mean actual, individual customers. According to an FCA survey, half of the population could be potentially vulnerable at any one time,” she said.

Ms Evans said that policymakers and companies should also look at the communications that are sent to customers, noting that some legally-required terms in customer communications can be intimidating to those getting into difficulty.

“The is language in these regulations, which you have to put in there by law, is just awful,” she told delegates.

“It is completely out of date. There are bits in those letters that can make people fearful because they don’t understand it. We need to get into the detail here. Let’s stop talking about grand principles like ‘treating customers fairly’ and start talking practically.”