Qualco Live at The Stoop: Industry seeks methods to protect the vulnerable 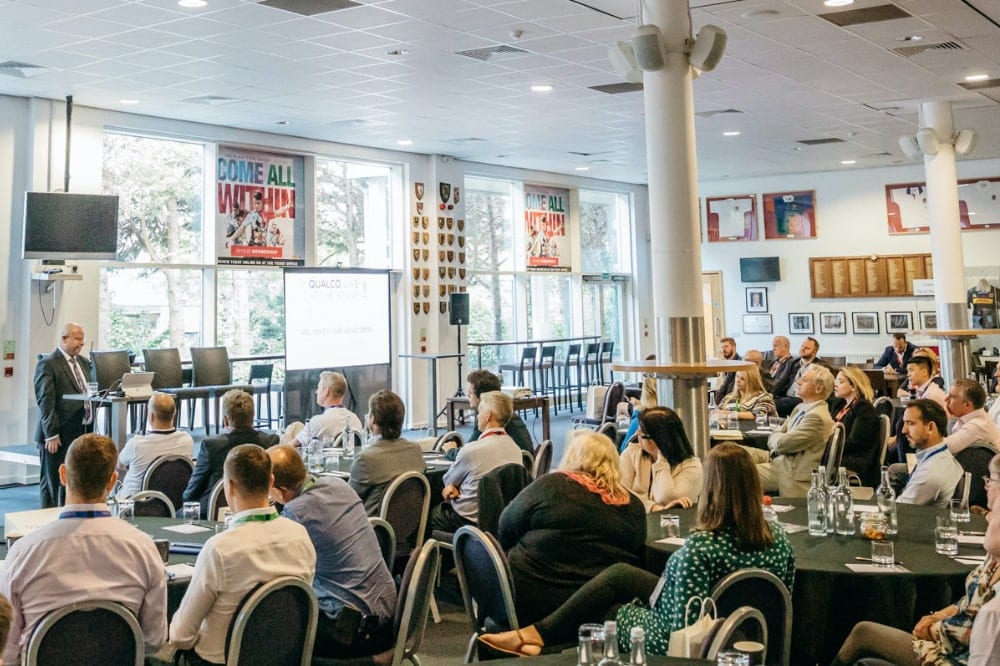 Leading figures in the credit and collections industry gathered at the home of Harlequins at the start of June for the return of Qualco Live.

Delegates attending the interactive event at The Stoop, Twickenham, addressed some hard-hitting topics in a series of panel sessions and seminar presentations relating to Financial Hardship and Mental Wellbeing.

The event kicked off with a deeply personal presentation from the deputy director of the UK Cabinet Office, Steve Coppard, in which he outlined the government’s debt strategy, and how his own experiences have shaped his thinking on approaches to collection and enforcement.

“If there is a vulnerable person and you send out a bailiff to them, that’s not right and we need to change that across government,” he said. “There is another way. We need to get people out of debt, rather than just get debt out of people.”

The audience also heard how new technologies are making a big difference to corporate collection techniques. Rob Mayer, the head of collections strategy at British Gas, underscored the benefits of two-way SMS systems and web chat in stimulating customer engagement, with his presentation on collections insights.

Meanwhile, vulnerable customers were offered further hope in the form of innovations coming from Open Banking, which could allow them to better understand their financial positions and more easily access assistance. Speakers such as Nationwide Building Society’s senior innovation manager, Phil Gossett, explained that Open Banking could remove some of the barriers that traditionally have prevented individuals understanding their true financial position.

In a separate session, panellists discussed whether lenders could do more to catch the vulnerable before they get into difficulty, by more closely managing lines of credit using predictive technologies.

For those delegates seeking a commercial incentive to do more, that was there too. Attendees heard that there are significant financial benefits for creditors who fund debt advice charities, with advised customers paying back up to 20% more of the sums owed, compared to those without advice.

The event also took inspiration from its hosts. Harlequins’ head of foundation, Marc Leckie, championed the importance of using the correct language when encouraging vulnerable individuals to open up about mental health issues.  Mr Leckie explained that discussing issues relating to anger, anxiety, depression and suicide in terms of “mental fitness” can make a huge difference to levels of engagement.