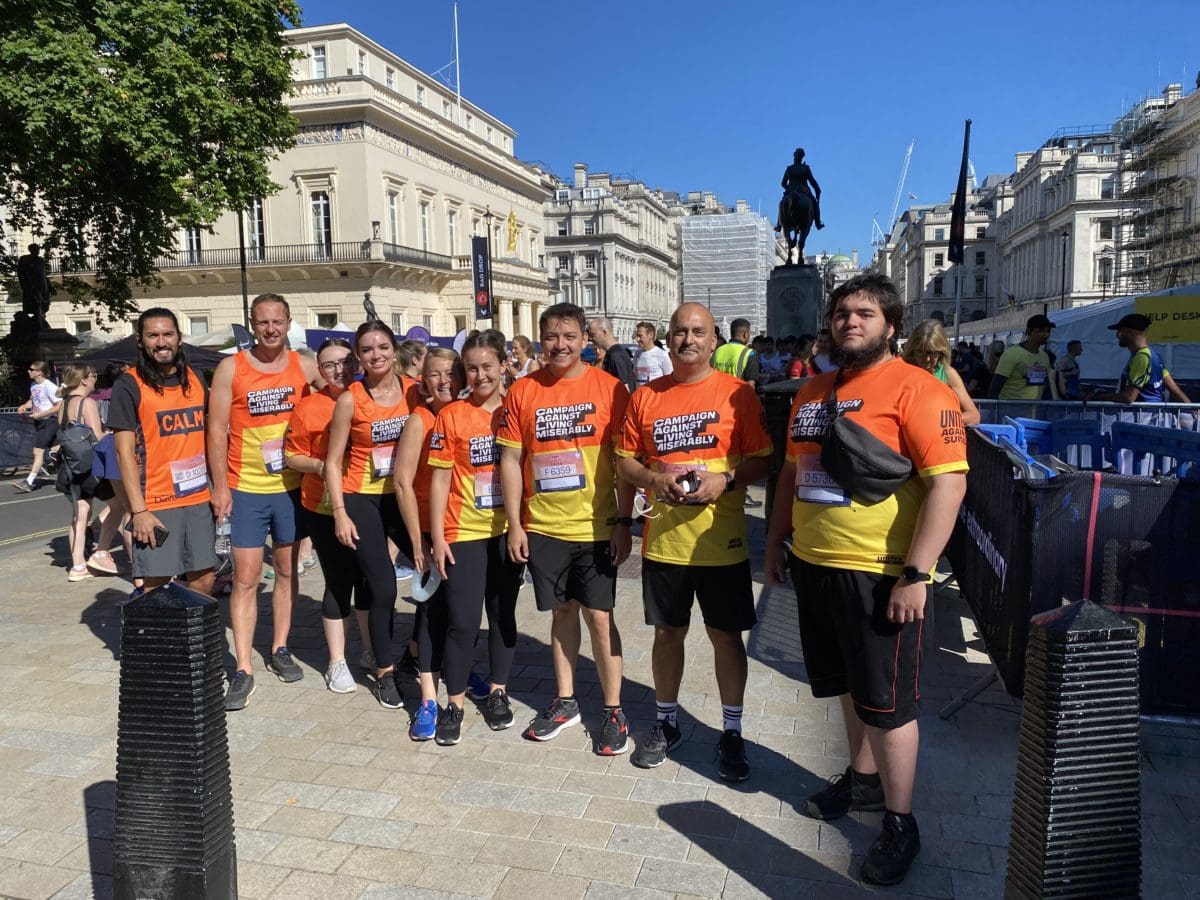 On 10 July the Qualco UK team returned to take part in the ASICS London 10K, the most iconic capital city 10K race. The team ran in aid of the Campaign Against Living Miserably (CALM) and raised £1,000.

CALM aims to provoke national conversation on mental health and suicide; to change the devastating statistic that 125 people a week take their own life in the UK. The charity has been supported by Qualco since a contact in the industry tragically took their own life.

Team members taking part include Christian Jacob, Richard Nash, Shihab Borumand, Helen Mortimer, James Fraser, Holly Dutton, Jess Dyer, Youcef Belkhiter and Amelia Jacob. Some are keen runners – others not so! – and many reported a personal best during the race.

The runners appreciated unwavering support from CALM volunteers during the race, especially the  cheering station at around the half way mark which launched confetti bombs amidst a chorus of uplifting encouragement.

If you would like to support the team; donations can be made here.

Qualco UK’s managing director, Christian Jacob commented, “It was great to be back at the ASICS London 10K. It is such an iconic route with live bands, DJs and cheering fans to motivate you along the River Thames, Westminster Bridge and Big Ben!

As a company we advocate the benefits of running to reduce stress and enhance mental wellbeing, so it was good to combine this with raising money for a charity close to our hearts. If you’d like to donate, there is still time! You can do so here. We look forward to the race in 2023!”